Mark Conley became President of OTR Global in 2018 and continues in his role as the Director of Research, which he has held since joining OTR in 2013.  Mark oversees the firm’s syndicated and custom research platforms, which span the Americas, Asia and Europe. Mark began his Wall Street career at Merrill Lynch where he headed the research sales team in NY and founded Merrill's global technology specialist sales force. Mark went on to sales and director of research roles at American Technology Research and its acquirer Gleacher & Company, as well as MKM Partners. Mark holds a Master of Business Administration from Columbia Business School and a Bachelor of Science from Yale University, where he majored in applied mathematics.

Olya oversees research operations for OTR Global. Prior to her current role, Olya was managing OTR Global's consumer products, retail and restaurants platforms. Olya joined OTR in 2001 and worked across several industry teams as a researcher, reporter and editor. Before joining OTR, Olya worked for Coca-Cola Export Corp. in Moscow. She holds an M.B.A. from Northern Illinois University and a bachelor's in business from Touro University, Moscow.

Katie joined the firm in 1996 as senior editor for small cap. At OTR, she is responsible for directing the evaluation and production of the firm's research, executing compliance functions for the published research and setting editorial policy. Prior to OTR, Katie was a senior reporter at RCM Capital Management, where she covered financial services, technology and small cap. In her career as a journalist, she also covered financial services as an editor for the San Francisco Business Times, was a correspondent for Money Magazine and ghost-authored a book on family finance. She holds a Series 24 General Securities Principal license, a Master of Science in journalism from the Medill School of Journalism at Northwestern University and a Bachelor of Arts from Mills College. Katie is a trustee of her alma mater, Mills College in Oakland, CA and is also on the board of directors of the Istituto Italiano Scuola in San Francisco.

Allison has been with OTR Global since 1996. She managed OTR’s retail consumer group for 10 years and is currently the firm’s Director of Custom Research Services. Allison developed OTR’s internal marketing training program and she provides continuing education as part of the firm’s ongoing best practices efforts. Her current duties include managing the company’s thriving global custom research platform. Previously she worked in retail buying and management and was a sales representative for a gourmet confections distributor. Originally from the San Francisco Bay Area, Allison now resides in New Mexico.

Hartmut covers the global market for connected devices, wireless infrastructure, mobile platforms, ecosystems in telecom and data center technology. He also oversees the European research team for OTR Global. Prior to joining OTR in 1996, Hartmut spent more than a decade as an award-winning journalist and columnist for one of Germany's largest daily newspapers. Hartmut is based in Germany.

Brad oversees OTR Global’s software industry coverage and works with OTR’s team of software reporters in various countries. Prior to joining OTR Global in November 2011, Brad worked as managing director at Gleacher & Co. Inc., a investment banking firm in New York. He has also worked as an analyst at RBC Capital Markets and Southwest Securities, where he performed extensive research on market trends and developments. He has a bachelor’s degree in business administration in international business from Appalachian State University and an M.B.A. from Wake Forest University - Babcock Graduate School of Management.

Lois Sakany covers footwear, accessories plus brands and retailers in the athletic and outdoor space. She came to OTR in 2001 as a reporter and still writes about trends for various business and fashion publications.  She holds a bachelor's degree in animal science from the University of Florida and is based in New York.

Jarrett oversees OTR Global’s Cyclicals group and leads the team’s industrials coverage. A native of central Illinois -- home of Caterpillar Inc.'s Peoria, Ill., world headquarters -- Jarrett has a lifetime of exposure to the heavy equipment industry. He holds a bachelor's degree in political science and communications from Bradley University, where he concentrated on investigative journalism. Prior to joining OTR in 2004, Jarrett wrote for an internationally distributed ministry publication based in Los Angeles. Jarrett is based in New York. 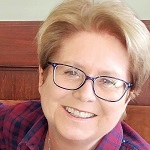 Donna oversees OTR Global's consumer products and hardlines research and also contributes to other retail research, covering topics such as home improvement, U.S. ecommerce, the beer market and more. Prior to joining OTR in 1995, she was an editor covering consumer products at RCM Capital Management. Donna also worked as an editor and bureau chief at The Tampa Tribune. Donna holds a bachelor's degree in mass communications from Virginia Commonwealth University and currently resides in North Carolina.

Nancy runs OTR Global's global Enterprise Technology coverage which includes enterprise storage, virtualization, cloud computing, network security, and data management. Prior to joining OTR in 2000, she was a print journalist for 18 years, winning awards from the New England Associated Press Association, the U.S. Small Business Administration and the Valley Press Club. Nancy holds degrees in economics from Colby College and journalism from Westfield State College and is based in Western Massachusetts.

Justin is the editor for OTR Global's Restaurants group, overseeing the quick-service and fast-casual restaurant panels. During his tenure at OTR Global he has reported on casual-dining and quick serve restaurants as well as many consumer and retail custom topics. Prior to joining OTR Global, he worked for more than six years in editing, marketing, business development and sales of market research to institutional investors at Pillette Investment Management. Justin holds a bachelor's degree in English literature from UC Berkeley.

Sara is responsible for OTR Global’s Healthcare coverage, which includes topics such as robotic surgery, diabetes management, interventional cardiology, neuromodulation and more. Sara previously led OTR Global’s agriculture research and has also covered renewable energy, transportation and industrial equipment. Prior to joining the firm, Sara led operational teams in the telecommunications industry and worked for Outward Bound. She holds a bachelor’s degree in journalism from the University of Kansas and a master’s degree in industrial engineering from Montana State University. Sara is based in Missoula, Montana.

Van leads OTR Global's semiconductor and component supply chain group. Coverage areas include smartphone and tablet supply chain trends in Asia. Prior to joining OTR Global in 2006, Van worked as a reporter for the Taiwan News and as a correspondent for Nikkei Electronics Asia. Van is based in Taiwan.

The industry’s most respected provider of marketplace and channel intelligence.